Impression change to ‘gentle’ from ‘scary’.
It refers to a nose with a hump on the nasal bridge. The hump on the nasal bridge often makes the glabella region(between your eyes &above your nose) look flat and the tip relatively droopy.The droopy tip should be highly projected by Dynamic Tip Plasty and the curved nasal bridge should be delicately trimmed.The operation of a hump nose requires skilled technique and meticulous care, so it must be conducted by a surgeon with abundant experience.A careful and deliberate decision must be made beforehand since there are many cases of revision operations due to remaining hump from an erroneous primary operation.In addition, since the nasal bridge itself is already high in most of the hump nose cases, surgical methods of not using implants are widely used not to make it look unnatural due to protruding glabella region. 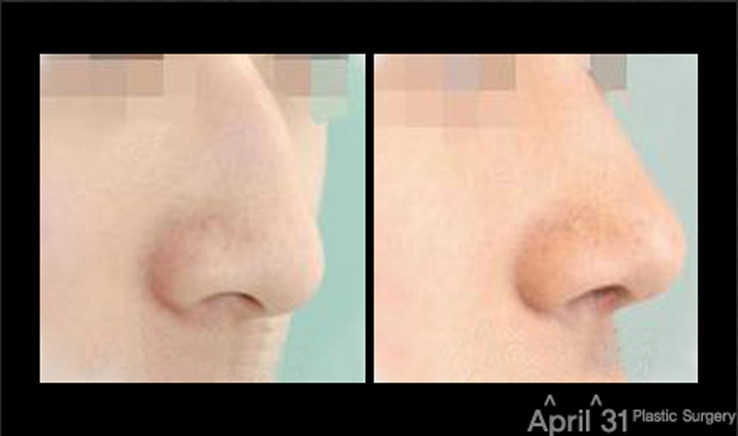 Grinding Reduction Technique for hump nose correction
A hump nose can give too much of a strong impression so people go through rhinoplasty operations to change it to a more gentle one. Hump nose is known to be caused by genetic factors and strong impact during the growth period.The hump gets formed in the middle of the nasal bridge where the nasal bone, lateral cartilage of nose, and septal cartilage meet.For the hump nose correction, osteotomy procedure, breaking the nasal bone, under general anesthesia has been commonly applied so it has been quite burdensome to the patients. April 31st Aesthetic Plastic Surgery Clinic conducts both osteotomy and non-osteotomy procedures; Grinding Reduction Technique is a non-osteotomy procedure that just trims the bone without breaking it.Both procedures are non-incisional and conducted under conscious sedation anesthesia(anesthesia under induced sleep) for the least pressure on the patients. 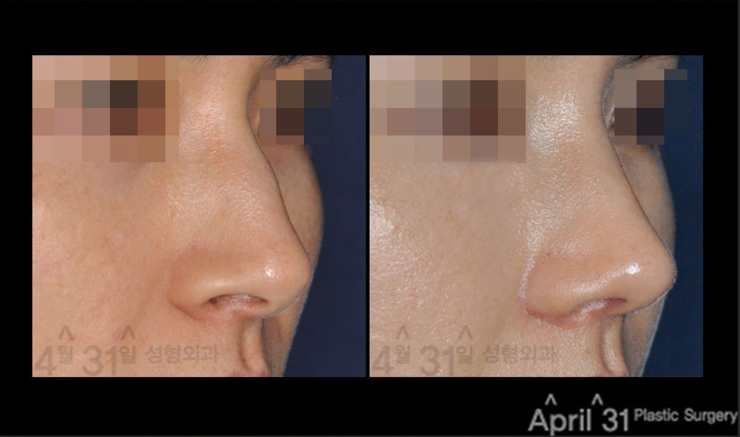